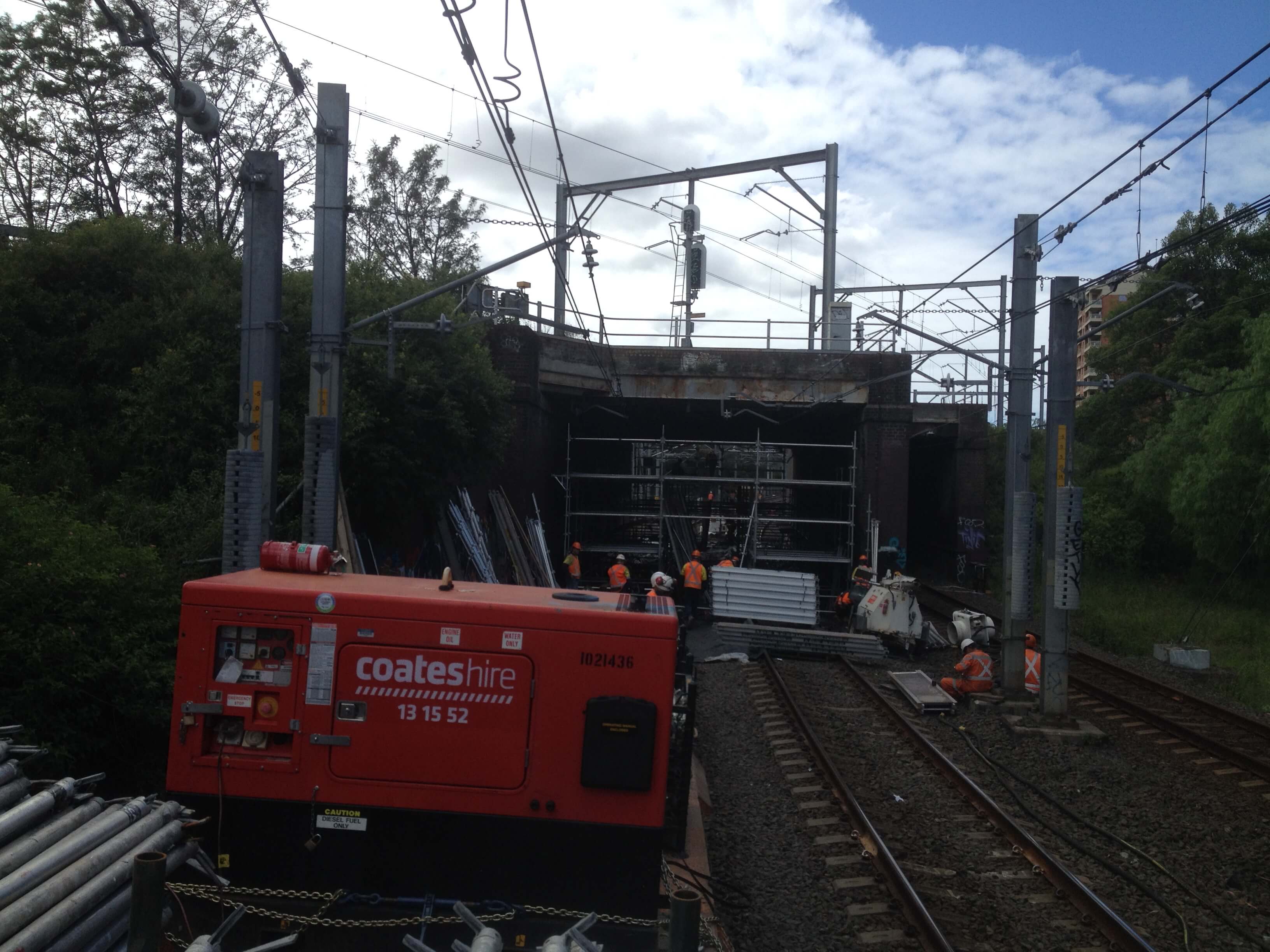 Scaffolding needed in a Railway Tunnel.

Due to the lightweight nature of Aluminium Scaffold and the speed which it can be erected and dismantled, this is the preferred scaffolding solution for this situation.

Keeping Railway disruption to a minimum by being efficient

Railway Shutdowns are never popular, and though this one was imperative with the need to remove potentially hazardous material, the timelines were tight and Mr Scaffold was needed to ensure they were met.

This job was performed at the location of a Strathfield Overbridge, the scaffolding job consisted of a tunnel 30m long and 8m wide with a slight curve.

Due to the risk of working in the vicinity of overhead and underground electric lines, all our scaffolders performed an intensive induction procedure before beginning this job.  Full RISI requirements due to the need to work directly within the confines of the railway tunnel.
This job also presented the risk of Lead above normal levels. Our scaffolders undertook a strict blood testing regime, and were required to wear full hazmat suits at all times on site.

Mr Scaffold had all the materials freighted in on a flatbed rail trailer and had the job built and encapsulated on each end by 1:30pm on Saturday.

This allowed the Railway Contractors enough time to perform their cleaning of the lead paint and debris produced by the trains, before we started the dismantle process.

The encapsulation was needed to restrict contamination into the environment, also allowing the Railway Contractors access inside the tunnel with an industrial vacuum device, to remove the high contaminate levels after cleaning inside the overbridge.

Dismantle was done on Sunday by a smaller crew and all the components were re-stacked and strapped on the flatbed rail trailer, then back on our trucks before 6pm, ready for the lines to be re-opened at 8pm.

Whether your job is as complex and involved as this one, or far simpler, don’t hesitate to give us a call on 1300 677 223.
We Sell and Hire Aluminium Scaffold.