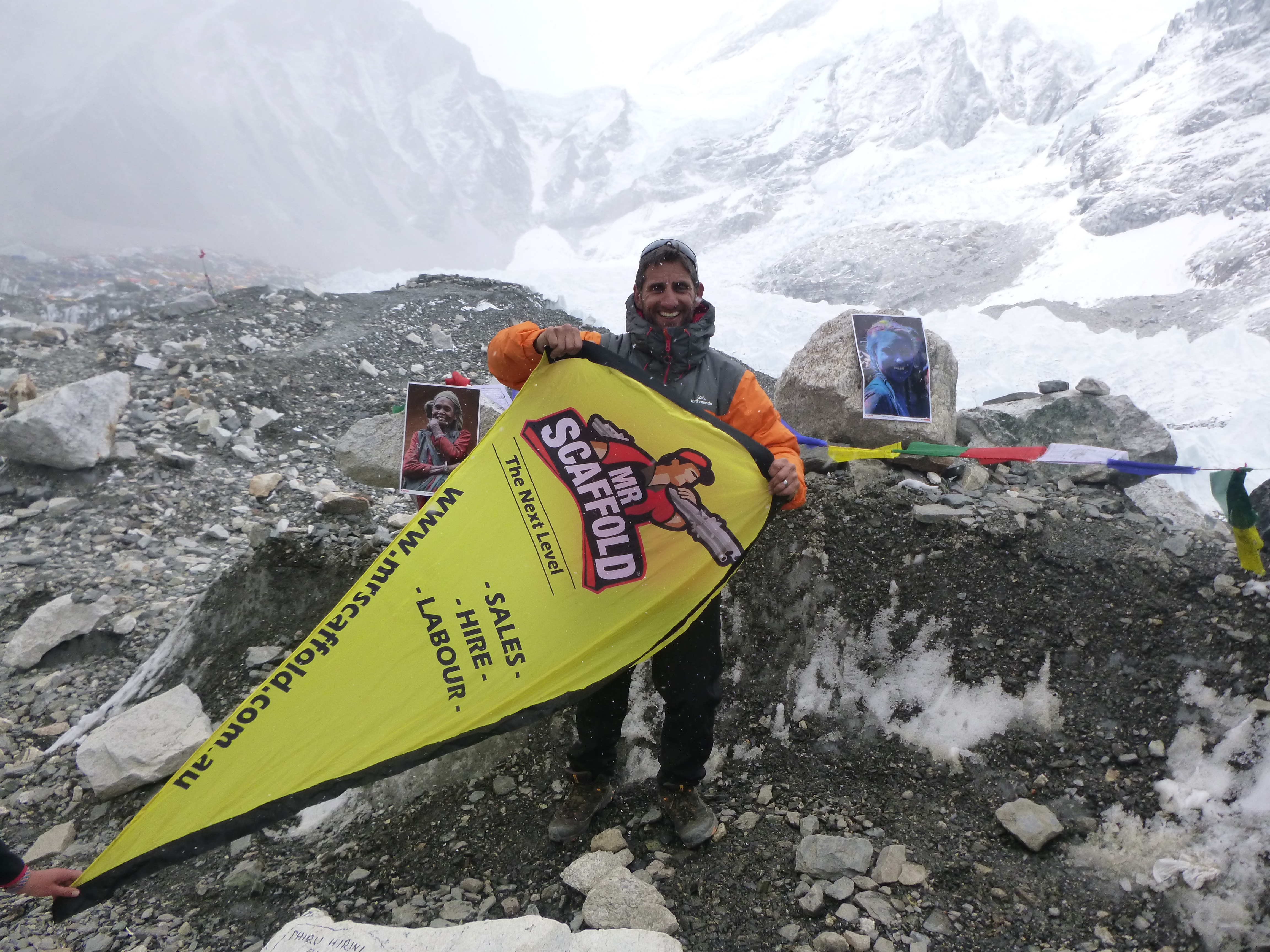 Some of you will have seen our previous post about the treks of one of our inspirational leaders.  Scott has scaled Mount Kilimanjaro, and just recently completed a trek through Nepal to Everest Base Camp.  After days of trekking at increasingly higher altitudes, the final days walk to Everest Base Camp started at over 5000 metres above sea level.  Many of Scott’s party of 15 were suffering from chronic headaches, stomach cramps and other symptoms of altitude sickness.

Base Camp which usually resembles a large tent city is situated to the southwest of the summit of Mount Everest, looking east towards the mountain, the view is dominated by the spectacle of the notorious Khumbu Icefall.  This dangerously fast moving glacier slides diagonally down the southern face of the World’s tallest mountain, filling the channel formed by the nearby Mount Nuptse.  It flows westerly from just below Mount Lhotse and then just as it approaches the Base Camp, it swings to the south and away through the valley.  The ice moves at a rate of around 0.9 to 1.2 metres per day, and this makes it a very volatile and unpredictable terrain.

Base Camp sits uneasily on the sharp rocks that form the lateral moraine as the Khumbu glacier makes its sweeping turn.

The picture to the right here shows the area, and you can see in the bottom left corner, some small blue and yellow marks.  They are part of the sea of tents that make up the Base Camp.  The immense proportions of the landscape around the area can be imagined by the scale represented in this picture.

Khumbu icefall though treacherous and unforgiving, is an often used approach to those making the climb to the summit of Mount Everest.  The fast pace of the glacier makes it a different proposition each time, and therefore Base Camp was often used for climbers to rest, acclimatise and then make the effort towards the higher reaches.

Scott was not just making the trek for himself, he was working towards raising money for “Feel the Magic” a charity that devotes time and resources to assisting children in dealing with grief.

Please join all of the staff at Mr Scaffold in welcoming Scott back and I am sure we are all anxious to hear about his next great adventure.