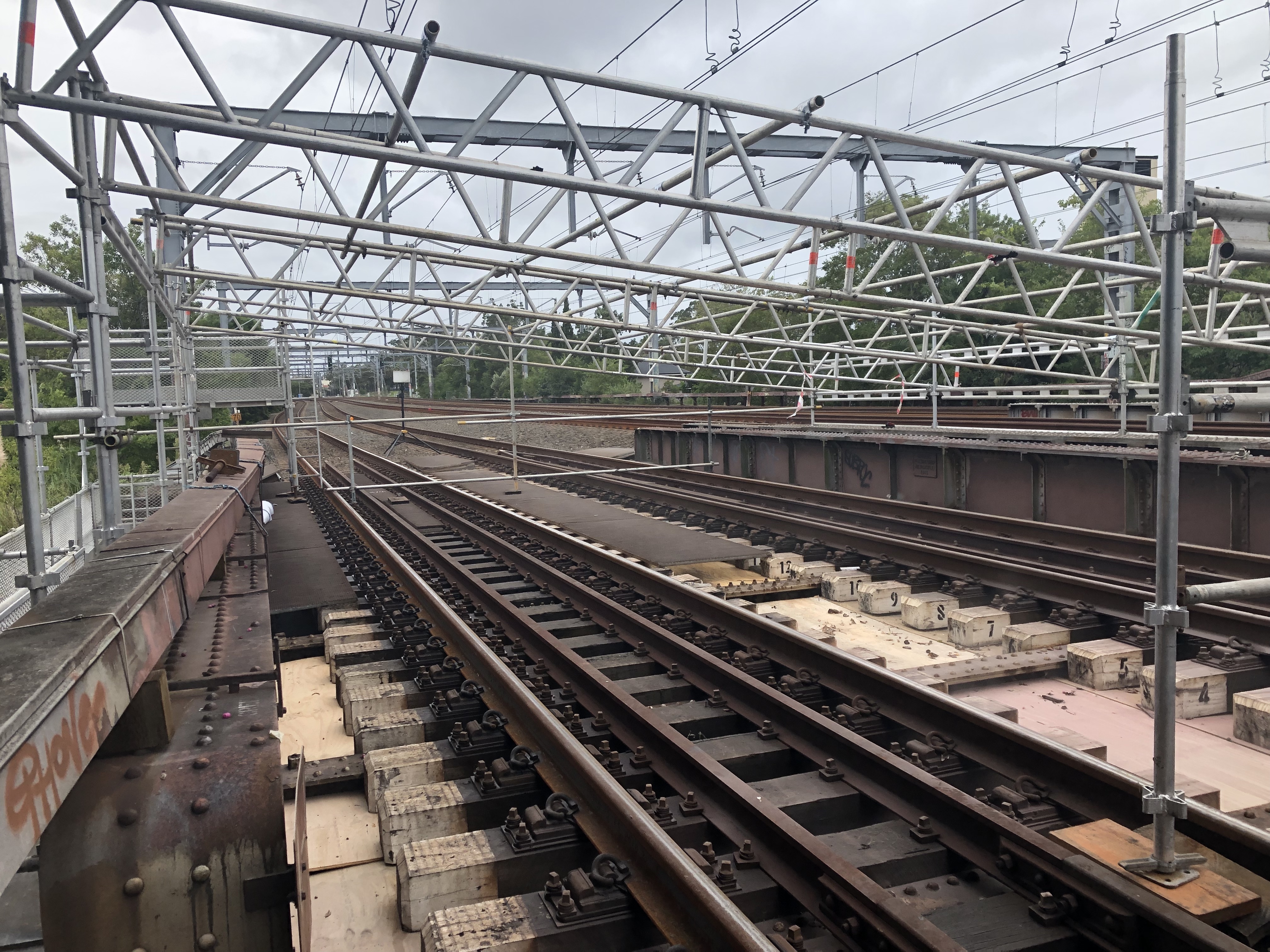 Mr Scaffold specialises in providing services to companies that need bespoke scaffold erections to meet specific requirements. Primarily, this puts us in the scope of Defence, Industrial plant maintenance & shutdowns, and Rail Infrastructure for the bulk of our work.

Whilst we are justifiably proud of the work that we do, a large proportion of our builds and access structures are either extremely difficult to photograph, or just not in a position for us to take a picture that will make sense even to the most experienced eye. We do however have some photos here of a project undertaken by one of our Sydney teams that we were able to get a decent photo or two.

Those of you who know Sydney will know that blocking a road for any reason is a difficult process for not only the team involved, but also the people in and around the area where the road is blocked. Blocking both a road, and the rail line above is something that needs to be planned well in advance, and managed with a strict timeline, regardless of difficulties and obstacles.

This was the predicament that our crew found themselves in not so long ago, with a planned maintenance activity on a railway bridge that required a platform underneath one part of the bridge over the road, and for it to reach up the side of the bridge, and cover the corresponding area on top of the bridge, with the whole build then being encapsulated to capture any dust or debris.

The weather decided that despite drought conditions persisting across the majority of the state, it would bucket down on the Friday night that this project was planned to commence. Our team persisted, and battled through the build, commencing with the platform under the bridge, which was approximately Three and a half metres above the road, and spanning a space almost 12 metres by 10 metres.

The rain continued as the trucks continued arriving with the equipment to continue the build out the side of the bridge, to rise up towards the rail level. Rising up to a full height of over 7 metres, so that access was possible via the ladder bay to a protected and safe access to the railbed.

The daylight of the following day showed a drier outlook, and the frame upon which the covering would being attached was ready to be completed. Bracing was added to the layher beams that extended across the intended work area, securely attached to and anchored with a slope to assist with dispersing any rain that may occur during the maintenance on the prescribed area. Walls were added at either end, and the scaffold encapsulation was slid into place.

The process was repeated a further two times at planned intervals to complete the schedule on the entire bridge width, but our teams were thankful that the other nights were not accompanied by the torrential rain.

Our team are professionals with a wealth of experience in working with scaffolding in all conditions. Under no circumstances do we recommend erecting, dismantling or working on a scaffold whilst it is wet or raining. The slippery conditions require skills, equipment and procedures that are not normally available or familiar to the layman.