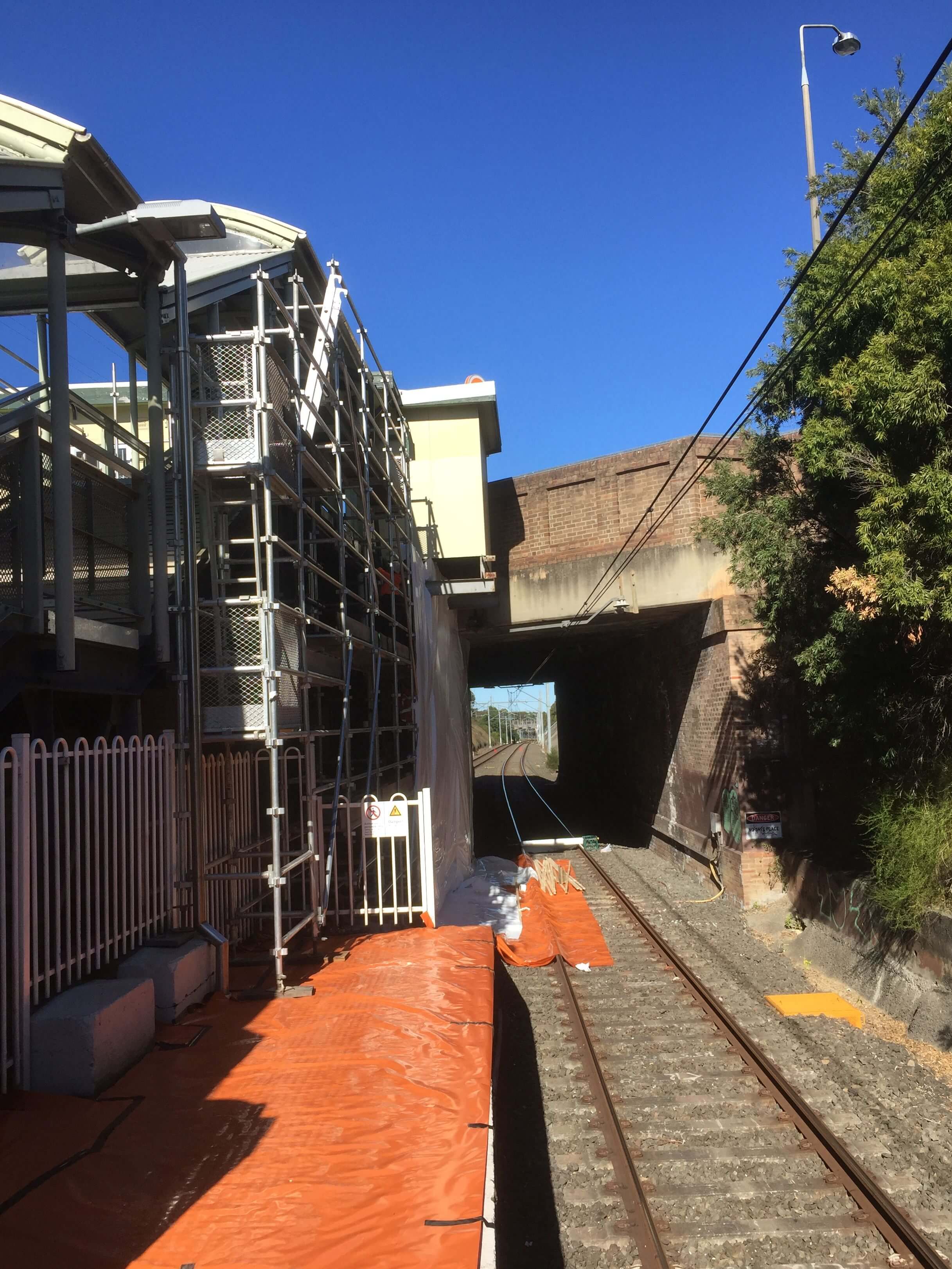 The Bankstown Railway line was opened in 1895, as Sydney’s first solely suburban line.  The line was the second in Sydney to be electrified, however it was not until 1928 when the line was extended to Birrong that the Yagoona station was opened and utilised by commuters.  The rail line was updated in 1994 with concrete sleepers replacing the less durable timber items.

As part of the ongoing repair, upgrade and maintenance work on the T3 Bankstown line, Mr Scaffold was tasked with erecting scaffolding on either side of the access arrangements at Yagoona station.  The line was also scheduled for some maintenance on the overhead electrical wires for the train services.  The copper wires that supply 1500 volt DC power to the trains are suspended at a height of between 4.65 and 5.8 metres above the rail tracks.  This is normally well out of reach of commuters or the public, however when you are erecting scaffold in the direct vicinity of the rail line, you can be uncomfortably close to the lines.  Even when power is removed from the lines, our workers treat them as if they were live, with capacitors and line equipment being an unknown element for those who are not electrical engineers.

The scaffolding itself was the Mr Scaffold Brand KWIKSCAF walk-through system, which has great versatility in both length and width of the working platforms.  This enabled our skilled professionals to erect, cover and protect the working areas around the platform access facilities whilst keeping it from impeding the rail traffic once completed.  Our work was carried out on the weekend, due to the requirement to shut-down the rail line whilst the erection was taking place.  This was necessary not only because the passing traffic would endanger the scaffolders on the rail line, but as previously mentioned, the power needed to be cut for the section.

Mr Scaffold completed the erection of the two separate scaffold runs.  both were over 12 metres long, with the top platforms being over 6 metres from the railbed.  Internal ladders, toeboards, correct handrails on each level, and finished off with an encapsulation plastic to protect commuters and the public from the debris and detritus from the maintenance works.